The Anatomy of a Finding Aid

If you have ever walked into an archive knowing exactly which box and folder you want from a multi-box archival collection, then you likely have used a finding aid. But what exactly is the finding aid, beyond a bundle of paper that is nearly synonymous to archives themselves? For whom are finding aids made? And who even decides what is found inside of a finding aid? Well, my hope is to answer these questions while providing some insight into the how, and why, of archival work. 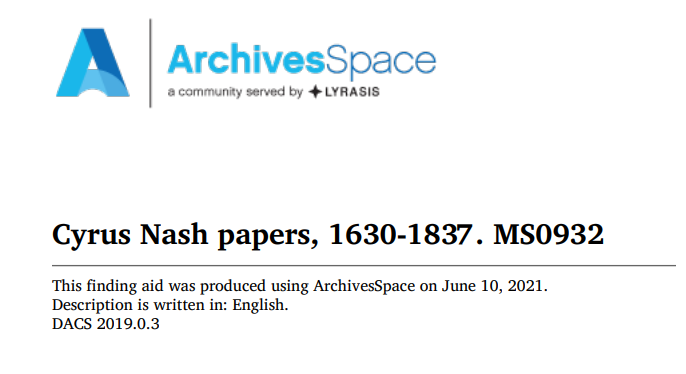 Finding aids, at their most basic level, are documents which contain details about the content, structure, and nature of archival collections. Said another way, finding aids are the means by which collection-level metadata can be parsed and understood by an external user. (Once again, it all comes back to metadata.) As such, finding aids are best described as organizational tools which are created by archivists to help external users both understand the history of a collection and the contents within with the goal of helping users discover materials. 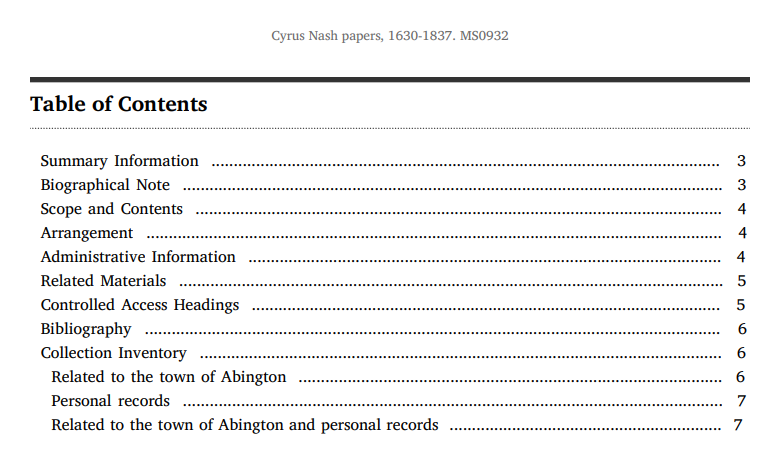 Above I’ve described some of the fields and information you typically find within a finding aid, but how do archivists know what to include in finding aids? And how have archivists made the act of using a finding aid a fairly universal experience? The short answer is professional standardization at the national and international levels. In 1983, the Library of Congress published Archives, Personal Papers, and Manuscripts (APPM), the first major content standard for archival description. A revised edition was adopted by the Society of American Archivists (SAA) in 1989. However, without many rules or requirements, APPM, while largely adopted, still left most archives to default to local standards quite often. This, and the fact that APPM was solely a national standard, did little to help the growing problem of inconsistent descriptive practices across the globe. General International Standard Archival Description (ISAD(G)) was meant to be the international solution to this problem. ISAD(G) was first adopted by the International Council on Archives (ICA) in 1994. A major revision of ISAD(G) was adopted in 2000 and this remains the internationally accepted content standard for archival description to this day. While many of the elements of ISAD(G) look similar to those found in APPM, ISAD(G) did much to standardize content and prescribed certain fields required for a minimally compliant finding aid. In the United States, with APPM now not necessarily adhering to international standards, work began on a new national standard which would be fully compatible with ISAD(G). The result of this work was Describing Archives: A Content Standard (DACS) and it was first adopted by the SAA in 2004 and became the official US implementation of ISAD(G). When it was first published, DACS was closely aligned to Anglo-American Cataloguing Rules (AACR2), a now depreciated cataloging standard for libraries. DACS underwent a major revision in 2013 in part to more closely align with Resource Description and Access (RDA), the successor to AACR2. DACS continues to be updated as archival practice changes and adopts, though 2013 remains the last time the standard was significantly updated. 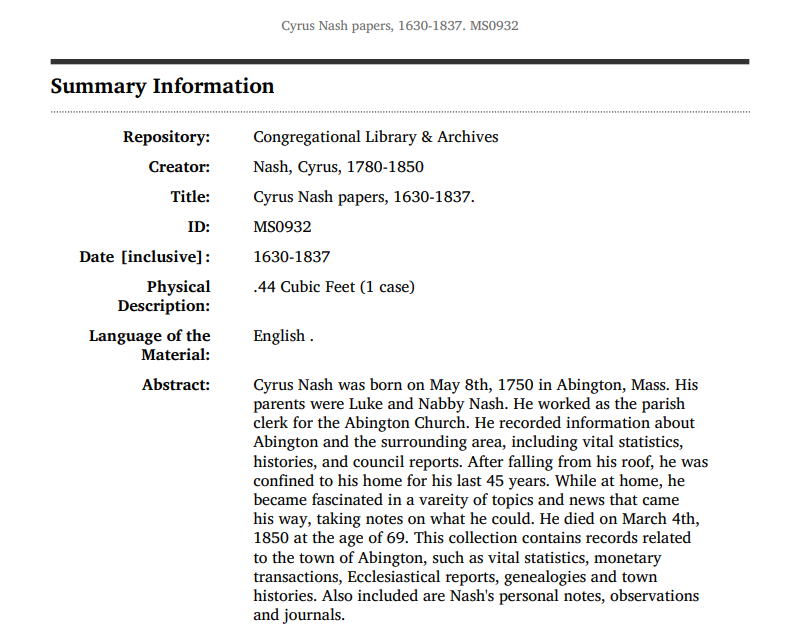 The wide adoption of first ISAD(G) at the international level followed by DACS at the national level is why most finding aids created in the 21st-century all look similar. The proliferation of archives management software, such as the now de facto ArchivesSpace, in the latter half of the 2010s has only reinforced the standardization of finding aids. This standardization is incredibly important for the field; while local practices can be incorporated to best serve the unique needs of a repository’s users, standardization ensures uniformity of experience across repositories and interoperability further ensures that finding aids may be aggregated. In other words, standardization has increased accessibility to archives by standardizing user experiences and creating rules that normalize the use of access points, terms, and contents. 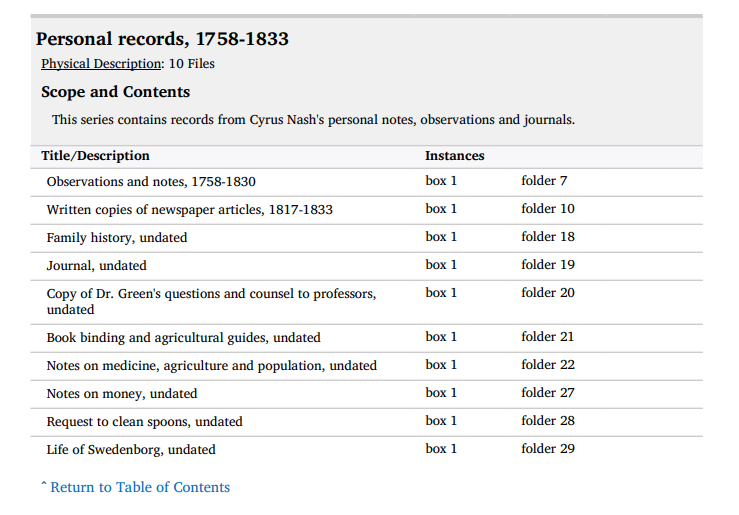 Now all of this isn’t to say that DACS is inflexible. As noted above, local practices can be incorporated into DACS. Furthermore, the prescribed minimums for single and multi-level archival descriptions are fairly, well, minimal. At the CLA however, we tend towards following what is known as “Optimal” description for our minimum. Optimal description includes additional fields which fall outside of the minimum requirements which generally provide additional contextual information for the collection and additional points of access, such as a stronger focus on including comprehensive subject headings. The intent to follow optimal as our minimum level of description is especially important for us. Congregationalist records are unique and often complex. In order to provide access to these specialized records, we need to create descriptions that will allow both seasoned researchers and curious amateurs to find the materials they are looking for. Hence, we rely on an expanded minimum for all of our descriptions.

Which brings us back, nicely, to the primary point of the finding aid: the finding aid is a tool made for archives users that allows them to find, and use, the materials they want. While the process of “processing” a collection has many purposes, including internal, the finding aid itself is ultimately created entirely for the end-user. And while the how and what of creating finding aids has changed over the years, typically to reflect larger changes in the field as a whole, the focus has and will continue to remain on providing access to the user.