The Social Gospel is often associated with well-known reforming ministers such as Washington Gladden and Walter Rauschenbusch. But in this talk, based on his newly-published book, Union Made: Working People and the Rise of Social Christianity, Dr. Heath W. Carter will argue that it was, in fact, working people who keyed the rise of social Christianity in industrializing cities such as Chicago. Throughout the Gilded Age, trade unionists, socialists, and anarchists alike advanced theological critiques of laissez faire capitalism and protested 'scab ministers' who cozied up to the business elite. Their criticisms compounded church leaders’ anxieties about losing the poor, such that by the turn-of-the-century many leading Christians were arguing that the only way to salvage hopes of a Christian America was for the churches to soften their position on "the labor question". As denomination after denomination did just that, it became apparent that the Social Gospel was, indeed, ascendant – from below. 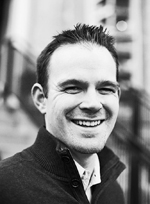 Heath W. Carter is an assistant professor of history at Valparaiso University, where he teaches a variety of courses on the modern United States. He is the author of Union Made: Working People and the Rise of Social Christianity in Chicago (Oxford, 2015), and the co-editor of three other volumes: The Pew and the Picket Line: Christianity and the American Working Class, which is forthcoming w/ University of Illinois Press in March 2016; Turning Points in the History of American Evangelicalism, which will be published by William B. Eerdmans Publishing Company in 2016; and A Documentary History of Religion in America, concise ed., which will also be published by Eerdmans in 2016.

Carter is currently the University Research Professor at Valparaiso University, an appointment that comes with a research leave to begin his next book project, a new history of the Social Gospel in American Life.