While the staff of the CLA have been working from home, we have continued to remain engaged with our collections even while separated from them. Please note that the collections highlighted are not available online unless otherwise noted. 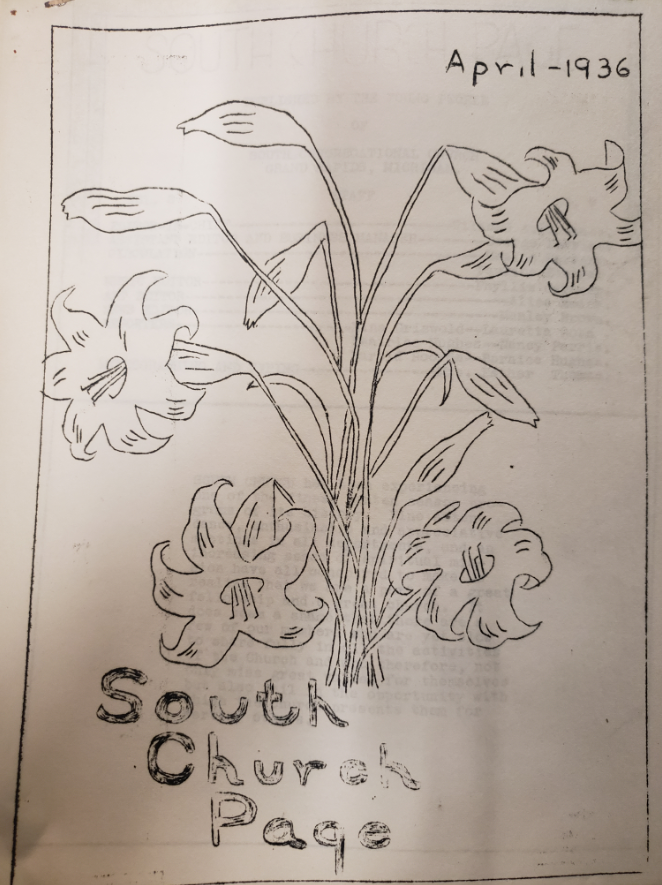 The origins of the church started in 1874 when the Park Church Women’s Missionary Board organized a Sunday School in the African M.E. Church on Franklin Street. Two years later a chapel was completed after a canvassing for funds. The church was officially organized on December 12, 1878 with 43 charter members. The newly formed church became a member of the Grand River Conference a year later.

The church was moved to the corner of Delaware and Sheldon in 1886. The 1890s saw four different pastors come and go, culminating with a fire in 1897. The fire did not completely destroy the building and a successful rebuilding effort kicked off soon after. In 1936, another fire would happen during repairs but would not destroy the entire building. During the 1940s the membership increased exponentially and necessitated a new home. The first parts of the new church would be completed in 1949. On April 21, 1967 a tornado destroyed over half of the church's buildings, including the pipe organ and sanctuary. Most of the buildings would be refurbished by the end of 1970. The church mortgage would also be paid off in 1970 and membership started to see a decline across the decade. Those declines would steadily continue until 2001, when the church officially decided to close. 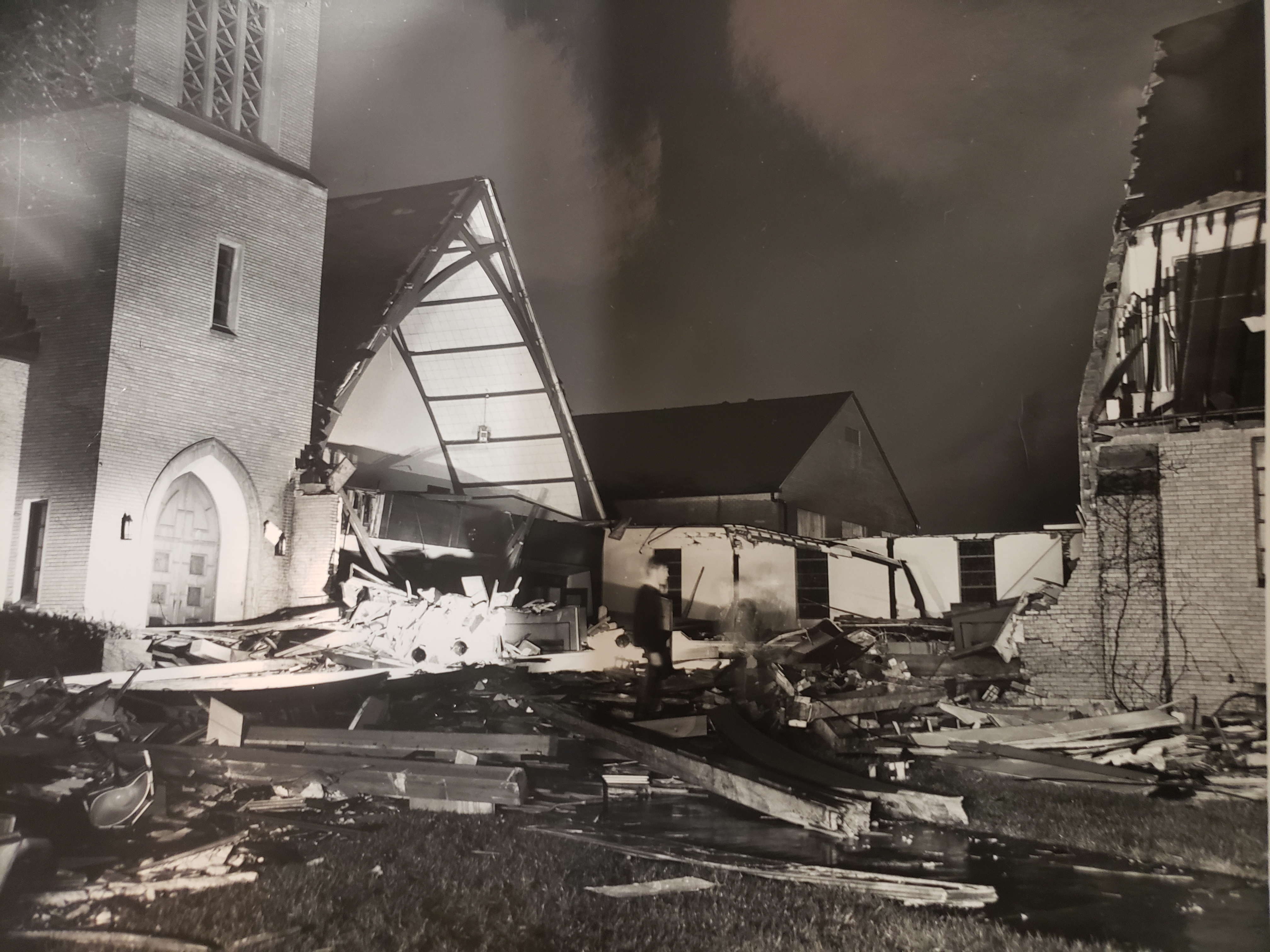 Our collection on the South Congregational Church is separated into eight series. The first series contains annual reports and congregational meeting notes. Series two focuses on records of the Board of Trustees and includes the constitution and by-laws. Series three is on the building and financial records, such as building planning, sales, mortgage records, insurance, account books and treasurer’s records. Series four contains records on the various societies of the church, including the Ladies Aid Society, Top of the Hill Club, Serving Team and the World Service. Series five is about the ministers of the church, especially the pastorate of Earl Collings. The sixth series focuses on the membership records of the church, including member lists, baptisms, marriages, dismissal letters and yearbook reports. The seventh series is on historical records, such as histories, photographs, certificates and information on a cornerstone capsule. The final series contains church bulletins and two different church newsletters, the “South Church Page” and “Messenger”.

Our collection on the South Congregational Church is filled with records from over 110 years of history and serves as an excellent example of what the Congregational Library and Archives offers!The legacy finding aid for this collection can be found HERE. If you have any interest in viewing this collection once the library reopens, or you have any other CLA related questions, do not hesitate to reach out to us at ref@14beacon.org. Stay safe and have a great day!