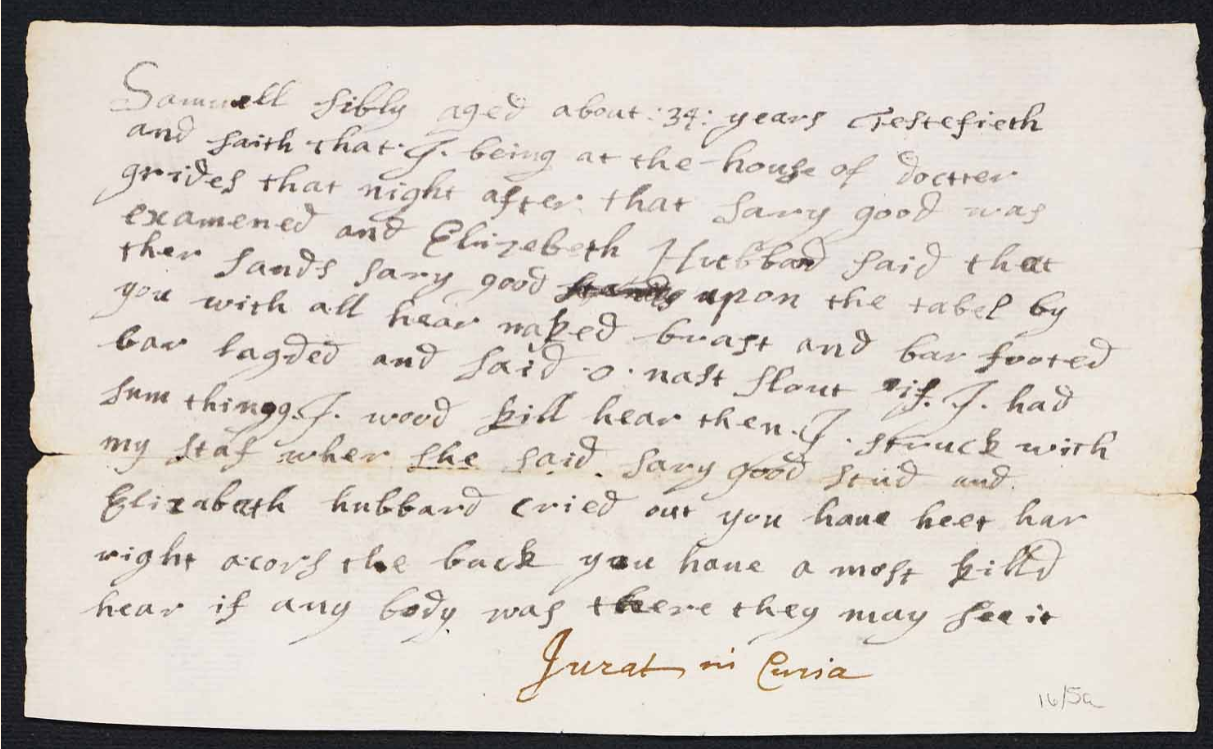 Perhaps the most accurate thing one can say about the Salem witch trials is that our modern cultural understanding of them is plagued by inaccuracy. One such misconception is simple seasonality. Salem, both the town itself and the wider cultural concept, is now indelibly associated with Halloween, but the executions of the falsely-accused victims of the hysteria actually occured in the heat of the Massachusetts summer, from June to September, 1692.

An omnipresent darling of American folklore, the witch trials narrative is enjoying a notable resurgence ushered in with the publication of Stacy Schiff's The Witches, and, albeit on a less scholarly note, a plethora of TV shows including WGN's Salem, the Travel Channel's Witches of Salem, and Freeform's Motherland: Fort Salem. The latter features an alternate history in which the "witches" A) were actual witches, and B) shacked up with the local militia to provide supernatural assistance in battle, and seem to have subsequently been conscripted into the U.S. army.

I personally enjoy such whimsical adaptations and artistic license - Disney's Halloween classic Hocus Pocus remains one of my favorite films of all time - and censorship in the name of historical accuracy would be downright, well, Puritanical. However, I frequently find myself wondering how the events of 1692 have become so twisted in the American imagination. Outside of Massachusetts, the witch trials of the North Shore merit only a passing mention in the historical curriculum, high-school theater productions of The Crucible notwithstanding, allowing popular misinformation to flourish.

Sometimes misconception takes the form of conflation with the long-lived European trials, much more severe in both brutality and body count; although torture was also utilized in Salem, the total death toll was "only" 25. At the opposite end of the spectrum, supernatural powers continue to be attributed to the accused, who were in fact hapless victims of religious hysteria and score-settling, and mostly faithful church-goers. Not to mention the more subtle, but no less popular, proliferation of reductivist theories around the hysteria, like blaming the entire thing on moldy rye.

Popular scholarly tomes like Schiff's go some way toward redressing this balance. I am proud to say that the Congregational Library also played its part in advocating for better research and access, as part of the New England's Hidden Histories program. During CLIR-funded project work in 2016-17, we partnered with the Phillips Library at the Peabody Essex Museum, digitizing and publishing their archival collections related to Congregationalism. Among these were a number of witchcraft trial records, which fall under the same nascent-Congregationalist category as other Puritan sources.

Unsurprisingly, PEM/Phillips holds a substantial portion of the legal documentation produced during the trials, including testimony and court transcripts, since the events occurred in their metaphorical backyard. (Others are held variously by the Boston Public Library, Massachusetts Historical Society, Massachusetts Archives, Essex County Court Archives, Essex Institute, New York Public Library, and Maine Historical Society). Most of the Phillips Library trial records had already been digitized by the University of Virginia in 2002, as part of their comprehensive Salem Witch Trials Documentary Archive project - even now the project website remains the "hub" for Salem witch trial research, a treasure trove of original records, transcriptions, and contextual information. 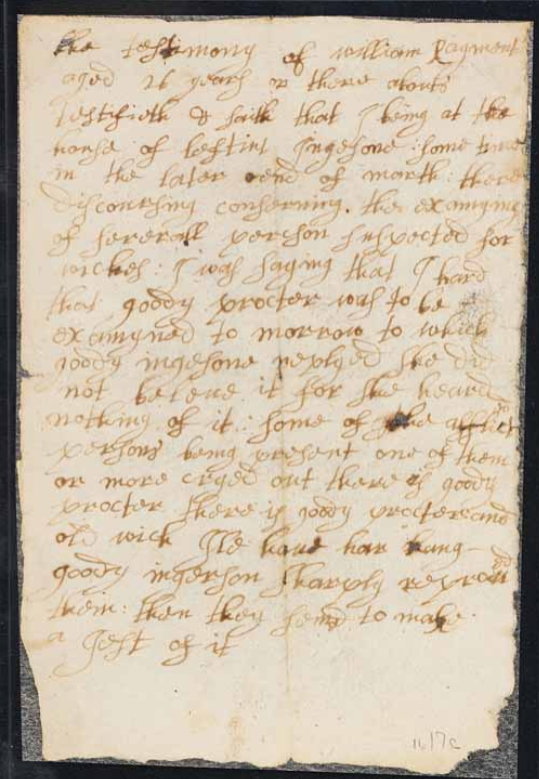 However, subsequent to UVA/PEM's digitization of the records in the early 2000s, several other trial documents were identified within the collections. These were the primary subject of the Hidden Histories digitization and publication scheme. In our Salem Witchcraft Trials collection page, we aligned our newly digitized records with UVA's digital library, filling in occasional gaps, and in some cases providing higher-resolution surrogates of previously digitized records. The resulting collection is the most complete roster of the PEM/Phillips trial documents available online.

I lately found myself returning to the primary-source narratives while listening to the audiobook of Schiff's The Witches, borrowed free-of-charge from my local library via the Libby smartphone app (FYI). For the second time since working with the digitized records, it struck me that the historical details of the trials and their supernatural testimonials are perhaps stranger than any modern re-imagining (yes, even Motherland: Fort Salem). Strolling along the Deer Island waterfront near my home in Winthrop, Mass. I can just glimpse the distant headlands of Salem and Marblehead, often overshadowed by dark pillars of cloud. On these blisteringly hot summer days, the events of 1692 seem very far away indeed. But the more I delve into the real story of Salem, the more I am reminded that these spectres of history are closer than we think, and certainly not relegated to Halloween alone.