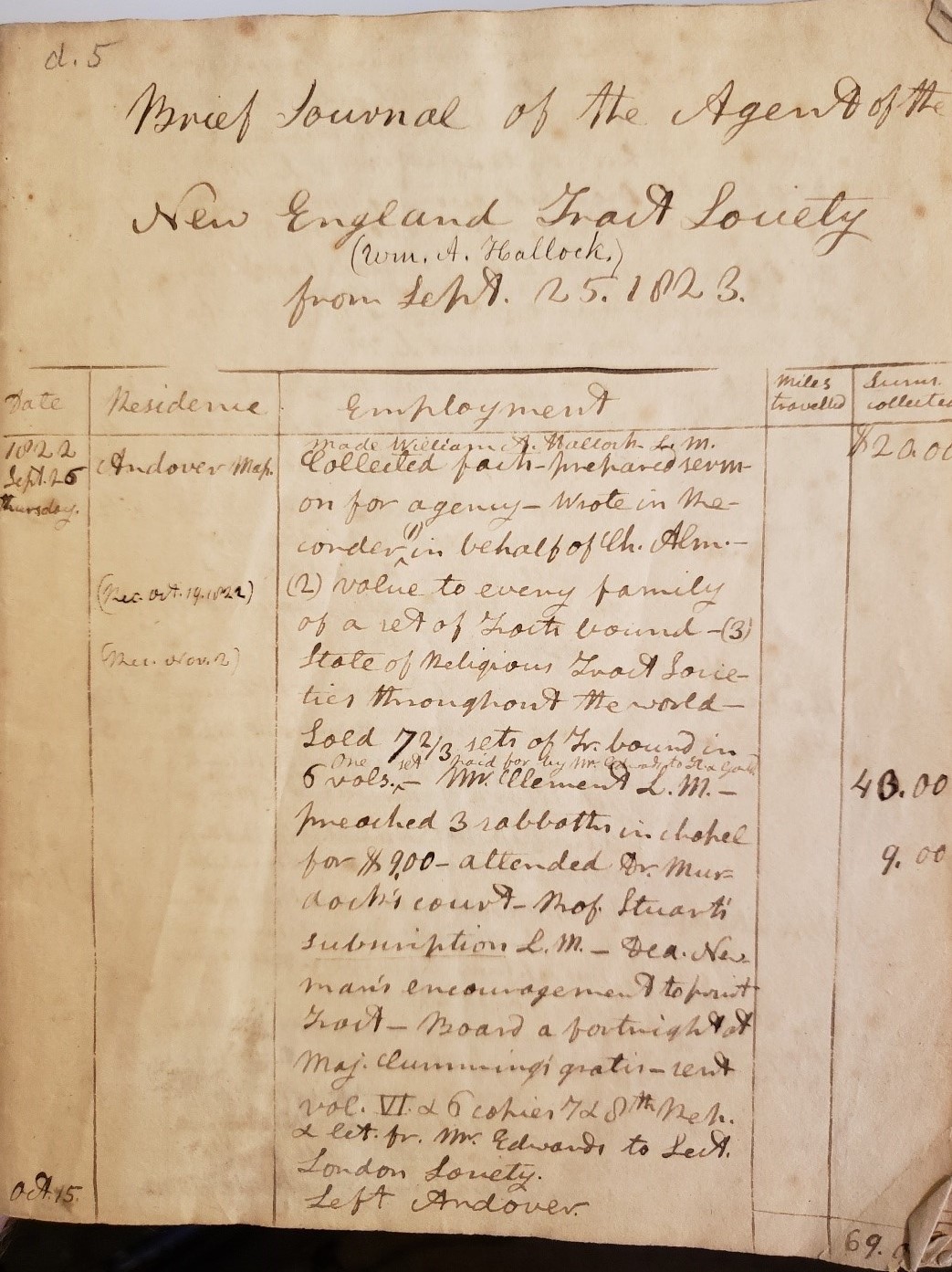 Our collection contains a single journal from William A. Hallock which chronicles his work for the society between 1822-1823. The journal indicates that his job took him to various towns within New England in order to sell tracts, promote society subscriptions, and occasionally preach. The journal itself is organized into 5 columns throughout, though he does stop filling in some of the columns starting in May 1823. The columns included the date, his location, a description of his day, the miles he traveled, and the amount of money he made. From May-September 1823, Mr. Hallock switches to talking mainly about his day and indicates the date. The journal’s overall impression is that Mr. Hallock traveled extensively and was highly dedicated to both the New England Tract Society and American Tract Society.

Mr. Hallock’s travels took him to towns across New England and the journal takes a few “breaks” to tally his travels within a particular time frame. One such example can be found on page 19 of the journal where he comments “Thus in 17 days, I have travelled 383 miles mostly on foot, and collected $434.45. It has been me breaking up of spring, and I ought to be thankful that I am still in health. Expenses have been $13!!!!!!!” This statement is striking on multiple fronts as his numbers would indicate he walked an average of 22 miles a day and collected an average of $25 dollars of subscriptions a day, all while keeping his expenses under a dollar a day. His efficiency is certainly something to admire and his journal entries indicate nearly every action he undertook in that period. The historical value of Mr. Hallock’s journal is multifaceted and can inform us on the state of economics, travel, salesmanship, and more in 1822-1823 New England.

A link to the catalog record for this collection can be found here. If you have any interest in viewing this collection once the library reopens, or you have any other CLA related questions, do not hesitate to reach out to us at ref@14beacon.org. Stay safe and have a great day!