We are excited to announce the arrival of newly digitized documents in our New England's Hidden Histories program, brought to you in partnership with the historic First Church in Natick. Materials digitized while on loan from the church have been added to our existing Natick First collection page, which previously only included the earliest church record book, dating from 1721-1794.

The new digital accrual has allowed us to feature later records of the church and associated documents including eighteenth-century sermons and correspondence. The historical note has also been expanded to elucidate the tumultuous and often racially-charged fluctuations in church membership and affiliation throughout Natick’s three-hundred-year history. Of particular note are the forced removals of early Indigenous parishioners to Deer Island during King Philip’s War in 1675, and a schism in 1798 which largely resulted in the segregation of whites and Native congregants into two different localities, both of which retained the designation of Natick First. 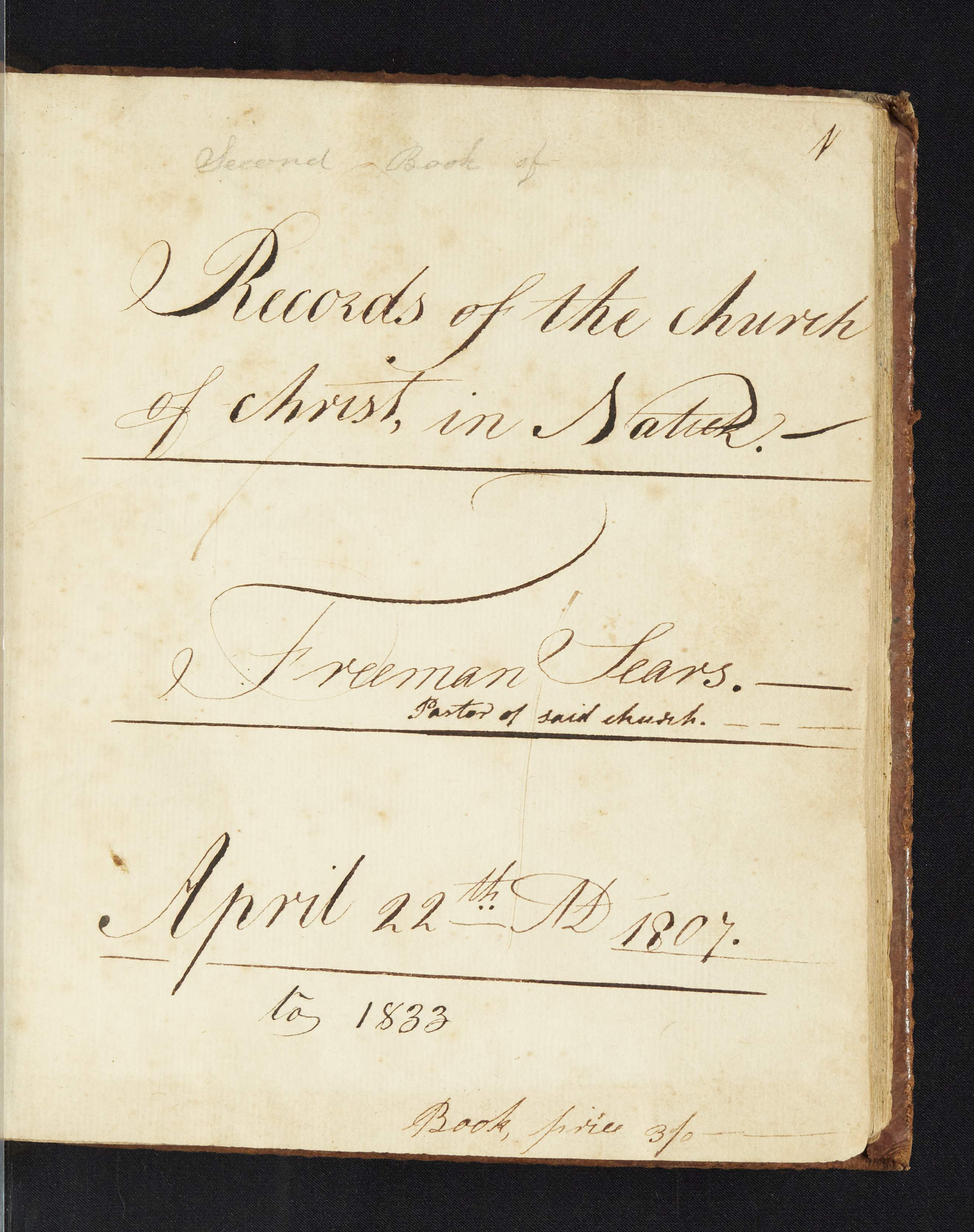 Known contemporaneously as a "Praying Indian" community, the town and church of Natick came about in 1651 as a result of the missionary efforts of Rev. John Eliot, who sought to convert local Native populations to Christianity, famously publishing an Algonquin-language translation of the English Bible with the assistance of a Montaukett interpreter. The new converts were mainly members of the Massachusett tribe, whose territory had encompassed the Massachusetts Bay area before the upheavals brought about by European immigration. Together with white and black members they formed a diverse congregation based in old South Natick, which persisted until the beginning of the nineteenth century with the removal of the fourth meetinghouse to the increasingly segregated Natick Center. The digital collections include the earliest church records (1721-1794), associated eighteenth-century correspondence and sermons, as well as a record book (1802-1833) and financial records (1822-1862) from the "Center" division of the church after the 1798 split.